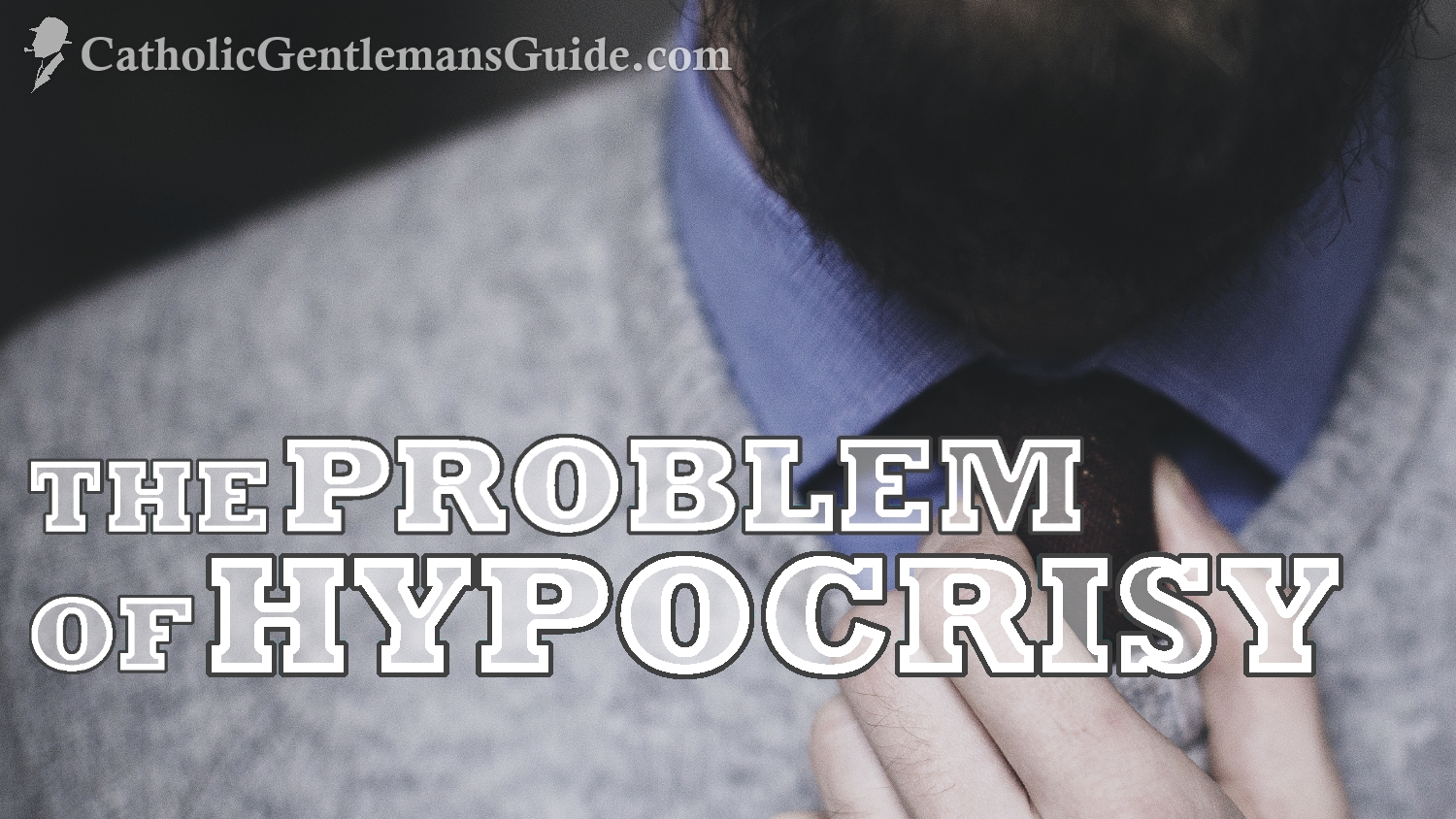 Since scholarship shows that our beloved Saint Francis of Assisi did not likely utter these words, the origin of this quotation will probably forever remain unknown. The authenticity and impact of a quotation depends heavily upon who spoke the words, yet even without a known speaker, these words pack a powerful punch, for they are not only wise and honest, but also simple. It is not hard to imagine that our unknown source was a man as pious and saintly as our dear Saint Francis. He certainly had a brilliant grasp of two things, as implied by the quotation: The call to preach the Gospel and the incredible impact that human action can have upon its witnesses. And tell me, has it ever occurred to you that our unknown preacher obviously must have thought it was mighty necessary to say and preach the words he is known for… unless, of course, he was being a hypocrite, which is a closely connected subject to this quotation, and just so happens to be the focal point of this Guide post!

You see, this quotation strongly alludes to the old adage that “actions speak louder than words.” And yes, the quotation seems to grant a primacy to evangelizing through deed more than words. Still, the quotation assumes a correlation between what we preach by our actions and what we preach by our words. If we’re going to profess the message of Christ, then our actions had better follow suit. If they don’t then others will observe hypocrisy – and hypocrisy preaches the message that the Gospel is a joke, a farce, and a lie.

One of the top stumbling blocks for people within the Church and those outside of the Church alike is this problem of Christian hypocrisy, both historically and currently. Perhaps we’ve all come across non-Catholic (and maybe non-religious) people who seem overly hostile and critical of the Catholic Church based on the evils perpetrated by those who cling to the Christian title. Perhaps we even know a non-practicing or fallen away Catholic who has left the Church because he has witnessed the scandal of hypocrisy by those within it. Perhaps our own false witness has led others astray. No doubt, the perception of hypocrisy does a lot of harm in closing hearts to embracing the truth of Catholicism.

As a quick side note, let’s look at the difference between perceived hypocrisy and true hypocrisy. A man who sincerely professes a belief, but sins against his profession is not a hypocrite, but just a sinful man, so long as he is striving to live his professed belief while battling his own temptation and sinfulness. His public sinfulness is perceived hypocrisy. On the other hand, a man who preaches a belief, but sincerely disregards it by professing a contrary belief through his life and actions is a man who demonstrates true hypocrisy. Unfortunately the label “hypocrite” is given by the outside observer, who can’t distinguish between a man’s sinfulness and true hypocrisy. To the outside observer there is no difference. Both are hypocrites, and the witness of both often does the same damage.

I’ve actually had several conversations with different non-religious fellows (I should say anti-religious fellows) that more or less took the same path. I was defending the pro-life cause and he was defending abortion and a woman’s right to choose. Since a pro-choice position is impossible to reasonably defend, their arguments quickly became punches aimed at my Faith. The common theme that rang through in their rants against Catholicism was the problem of Christian hypocrisy. They consistently pointed out several cases of scandal by clergy and male and female religious, including sexual abuse and other seemingly unethical behavior from decades past in religious ministries such as orphanages and education (including the Canadian Residential School problem). The first time, I listened to his claims, but refused to go deeper into that debate with him, for it was completely out of the realm of the topic of our dialogue on life issues. At this point, he closed me off to any more conversation and his hostile attitude and bitter perspective of the Church left me with a first-hand understanding of the harsh reality that the fruits of Christian hypocrisy are destructive and scandalous to the message of the Gospel. In other conversations, I did dialogue further, and all I got were charges of justifying hypocritical behavior, along with a persistent, hostile, and bitter attitude towards the Church.

Don’t be mistaken: actions DO preach. And they do immeasurable harm when they say a different message than one’s words are saying. At this point in our Church’s history, I think that practicing Christians understand this and have likely experienced it first-hand. We are ourselves scandalized by the public sin and hypocrisy of our past and present members. And we also live in a skeptical world that is quick to settle on excuses by which to de-authenticate the Church.

This got me to thinking about how we might respond to charges of hypocrisy that people use as an argument to discredit Christianity. Of course, it would be hypocritical to justify hypocritical behavior, and we shouldn’t try to do that. But as I dwelt on this incident, I came up with ten things that could be said in relation to the hypocrisy shown by those who claim to be Catholic.

While dwelling on these, it is easy to connect any grave and high-profile scandalous incident or series of incidents committed by an individual or a group, especially from the past. The real question is: Can we, Catholic Gentlemen, begin to see the impact of our own perceived hypocrisy upon the world? Our hypocrisy is a huge stumbling block that causes many to refuse to see the beauty of Catholicism. We mustn’t contribute to the vast garbage heap of Christian hypocrisy. We are men, striving to be molded into the image of Christ. We have promised through our Baptism to reject sin and the power of Satan. This is the life we must live, which is why a later post will take us back to the quotation we began with:

You Know You're a Catholic Gentleman When...

The Childhood Dream of a Catholic Beard

24 Rules on How to Be a Gentleman - Catholicized Part 1

24 Rules on How to Be a Gentleman - Catholicized Part 2

White and Gold or Blue and Black?

Have a Pint in Lent - It's Saint Patrick's Day!

Are You Strong Enough?

The Problem of Hypocrisy

He's a Catholic Gentleman When...

Why Remain a "Catholic" Gentleman...

A Catholic Gentleman's Guide to Voting

A Man's Intellectual Journey to Catholicism

Into the Desert of Lent with Our Lord, and St. Joseph

Finding the Meaning in Manly Work

Apologetics In The Home: An Interview

A Letter to a Good Father

A Gentleman's Approach to Advent

A Gentleman's Guide to Dating

"Preach the Gospel Always, and if Necessary, use Words"

7 thoughts on “The Problem of Hypocrisy”