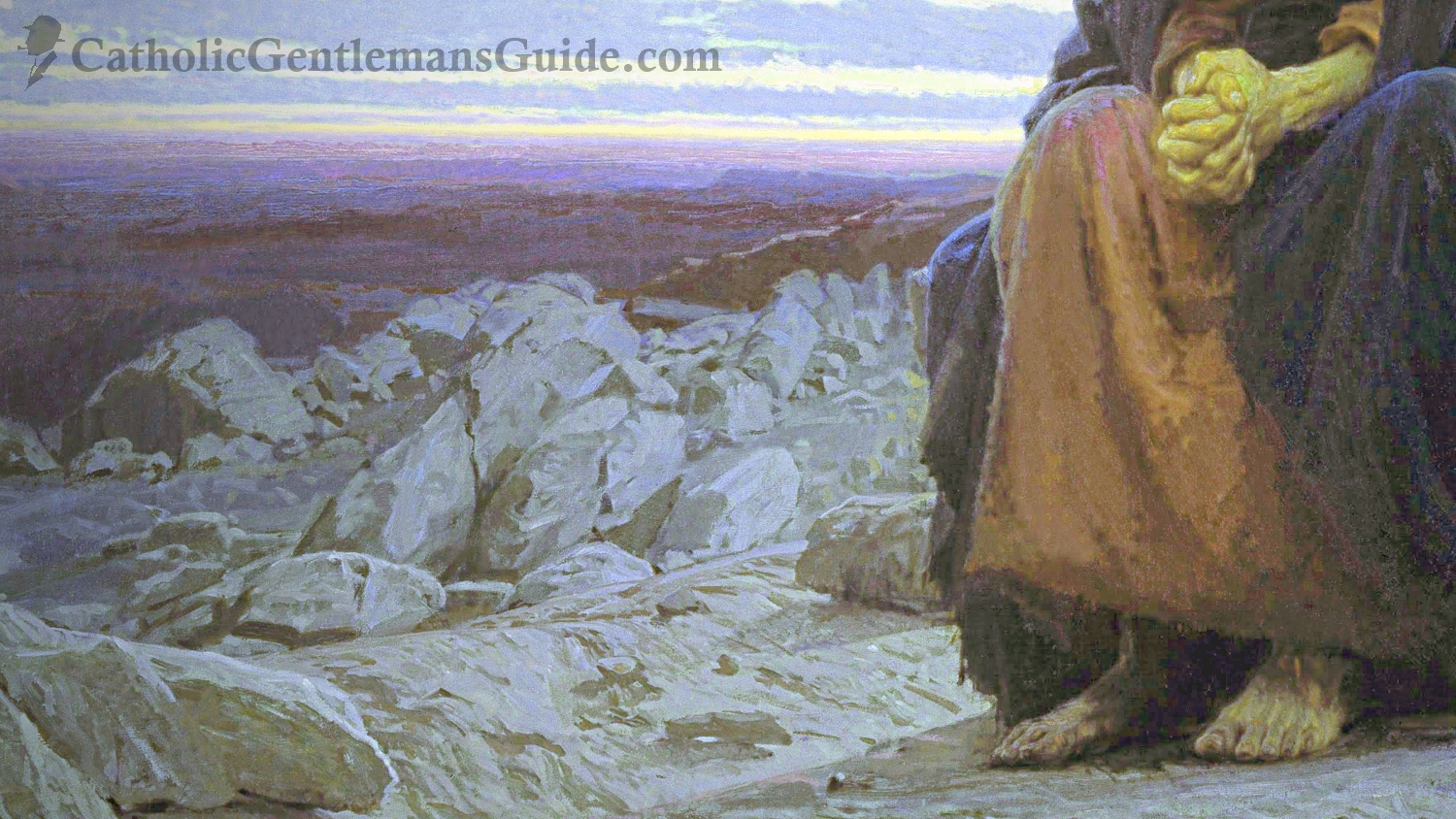 I can imagine few places and few cultures where the transformation from Ordinary Time to Lent is as dramatic as in South Louisiana, for the latter part of Ordinary coincides with the season of Carnival. From Epiphany (January 6) until Mardi Gras (Shrove Tuesday, i.e., the day prior to Ash Wednesday), much of the population participates in or attends elaborate balls, parties, parades and other fetes, both in the city of New Orleans, and in smaller cities such as Lafayette, Houma and New Roads and in various rural locales. The proverbial “feast before the fast” comes to an abrupt halt at the stroke of midnight on Mardi Gras, however, and the fripperies of the season are replaced by the sackcloth of penitence.

Other than for occasional sunshine piercing the cold, gray skies – and the temporary color of Carnival – this is a rather bleak time in Louisiana. Driving the narrow, two-lane highways between the preponderantly French and African-American, Catholic towns, little life may be seen outdoors, and it is, truly, like venturing into a form of desert. Much of the region consists of open fields bordered by lines of gaunt, bare-limbed trees: mute evidence of last autumn’s harvests of sugar cane, cotton, soybeans and pecans which form the basis of Louisiana’s rural economy.

Abandoned cabins, long-closed country stores and deteriorating plantation churches surrounded by neglected headstones all bear silent testimony to a human harvest, one that had occurred over generations due to terrible floods of the Mississippi and Atchafalaya Rivers, the displacement of human labor consequent to  the mechanization of agriculture, and generations of socio-economic oppression which sent thousands of people of all ethnicities in a diaspora for greener pastures and better opportunities elsewhere.

Considering the Gospel story which normally opens the Lenten season, that of Our Lord’s 40-day sojourn in the desert, indeed, the “first Lent – we observe how he resisted the temptations of Satan and we pray for the strength to do the same.  Satan tempted Our Savior with turning stones into bread, to ease His physical hunger; to jump from the pinnacle of the Temple and rely on the angels to break His fall; and to worship Satan in exchange for all the kingdoms of the world.

I interpret these temptations as symbolic, respectively, of gluttony, pride and avarice. It would seem that Satan is still up to his old tricks, for he tempts the hearts of us Men each and every day with the same. When these temptations arise, they lead us, if not checked, to consume more than our share of God’s bounty, to downplay our own sinfulness through presumption of God’s mercy, and to spend our energies in acquiring material goods instead of cultivating the spiritual.

Our Lord Jesus mastered these temptations and emerged from his “Lent” stainless and ready to do the Father’s will. With the grace of God, so can we, but many of us are likely to say in all honesty, “But Jesus was God-made-Flesh, and I am mere mortal. How can I aspire to be so virtuous?” So we turn to the examples of those mortals who were certainly tested as much as, if not more so, than we are today: those who now joyfully sing for all eternity around the Throne of God, the saints.

As men, what better mortal example can we strive to emulate than Our Lord’s own putative father, St. Joseph? He speaks not a word in Sacred Scripture, but his actions speak volumes. St. Joseph was faced with difficulties time and again, but always relied on the Lord, received the divine assistance and devoted his life to the care and nurture of the Child Jesus and Mother Mary.

Patron of fathers, of all who labor, of the Church, St. Joseph, pray for us as we begin this holy season of Lent, that our prayers and penances during the next 40 days may be blessed with the grace of a Holy Easter!

2 thoughts on “Into the Desert of Lent with Our Lord, and St. Joseph”