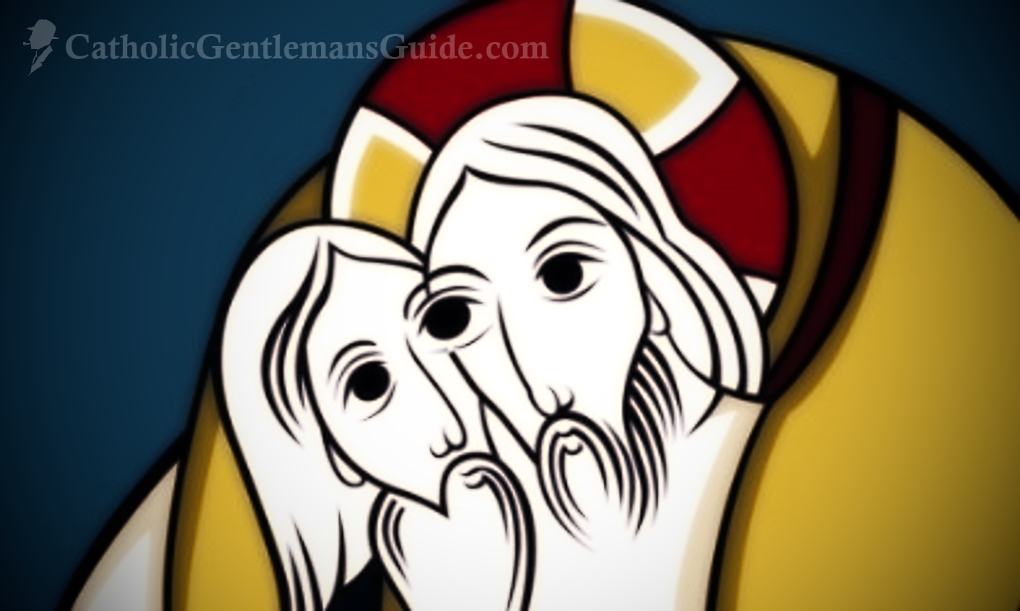 One must only look around at the world today to see the need for us to call upon God’s Mercy. We live in a world where Christianity is being attacked and ridiculed in favor of apathy and indifference, where the family is broken apart by addiction and dysfunction, where marriage is increasingly losing its original meaning and significance, where life itself is devalued through abortion and euthanasia, where self-interested pleasuring at others’ expense reigns supreme, and where Islamic terrorism is untiringly working to spread an empire of fear across the globe. Do we need to cry out for Mercy? Indeed we do.

But isn’t it just so easy to plea for God’s Mercy upon the world out there? We pray, “They need your Mercy God! The world out there needs your Mercy!” And this prayer is certainly needed. But the sin, despair, and hatred out there can often make us forget or diminish our perception of the Mercy needed in here, within my own heart and life.

Therefore, I hope we can all find time this year to ponder and practice two things: To see how I need an outpouring of as much Mercy for my own sin as anyone else, AND that I too am called by God to share his Mercy with the world (see Part 2).

Wasn’t it Jesus who said,

“Why do you notice the splinter in your brother’s eye, but do not perceive the wooden beam in your own eye?” – Matthew 7:5

Sure, the world and many other people have faults and grave sins. We all need God’s Mercy. But the worse sin of another does not make my sins less worse. Sin is sin, and it all took Christ’s passion, death, and resurrection to grant me his Mercy and forgiveness so as to make atonement for my sins. In short, I need the Mercy of God JUST AS MUCH AS EVERYONE ELSE!

Sure, there’s a huge pile of filth and sin out there, but I can never say that my life hasn’t contributed to that pile. Think about this: If I was the only man on earth and even if I only ever committed one sin, I have still committed an infinite offense against God, for by sinning, I have turned from his love. Fulton Sheen puts it well like this:

“Man had sinned; but his sin was not merely a rebellion against another man, but a revolt against the Infinite Love of God. Therefore his sin was infinite. But, it may be asked, since man is finite, how can he commit an infinite crime? The answer to that question is that an offense, an injury, or a sin, is always to be measured by the one sinned against. It would be, for example, a far greater offense to insult the mayor of your own city than a citizen of your own city, and it would be a greater offense to commit a crime against the governor of your State than against the mayor. In like manner, it would be a still greater offense to commit a felony against the President of the United States than against the governor of any State. In other words, sin is measured by the one sinned against. Man sinned against God. God is Infinite. Therefore, man’s offense is infinite.” – The Divine Romance: God’s Quest For Man
(Which is, by the way, a great read for this Year of Mercy)

He goes on to say that because of God’s just nature, atonement for our infinite offenses is necessary. But we as finite beings can never make an infinite atonement for our sins. The one who makes reparation for man must be both human and Divine, namely, the Incarnate Son of God, Jesus, who makes our reparation by the sacrifice of the Cross. Here, he reconciles Justice with infinite Mercy by suffering human pain and dying a human death. So even if I was the only man who committed only one sin, Christ would have endured all he endured to grant me his Mercy. Yet, haven’t I rejected God’s love by my own sin countless times to remember?…And so each of my horrid, repulsive, foul, and infinite offenses is worth an infinite sacrifice.

If my response to this Divine Mercy is not a deep love and devotion, gratitude and sorrow, rejoicing and gladness towards God our Merciful Father, I don’t know if I really grasp even a taste of the Mercy of God!

As much as the whole world needs God’s Mercy more than ever before, so do I. By pondering our need for God’s Mercy, and his willingness to offer it to we who ask, our natural response is increased love, faithfulness, and service to our Savior and Redeemer. This Jubilee Year of Mercy, may we be challenged to grow in Manly Humility and Love as we face the ever-pouring Mercy of our Great and Generous God!