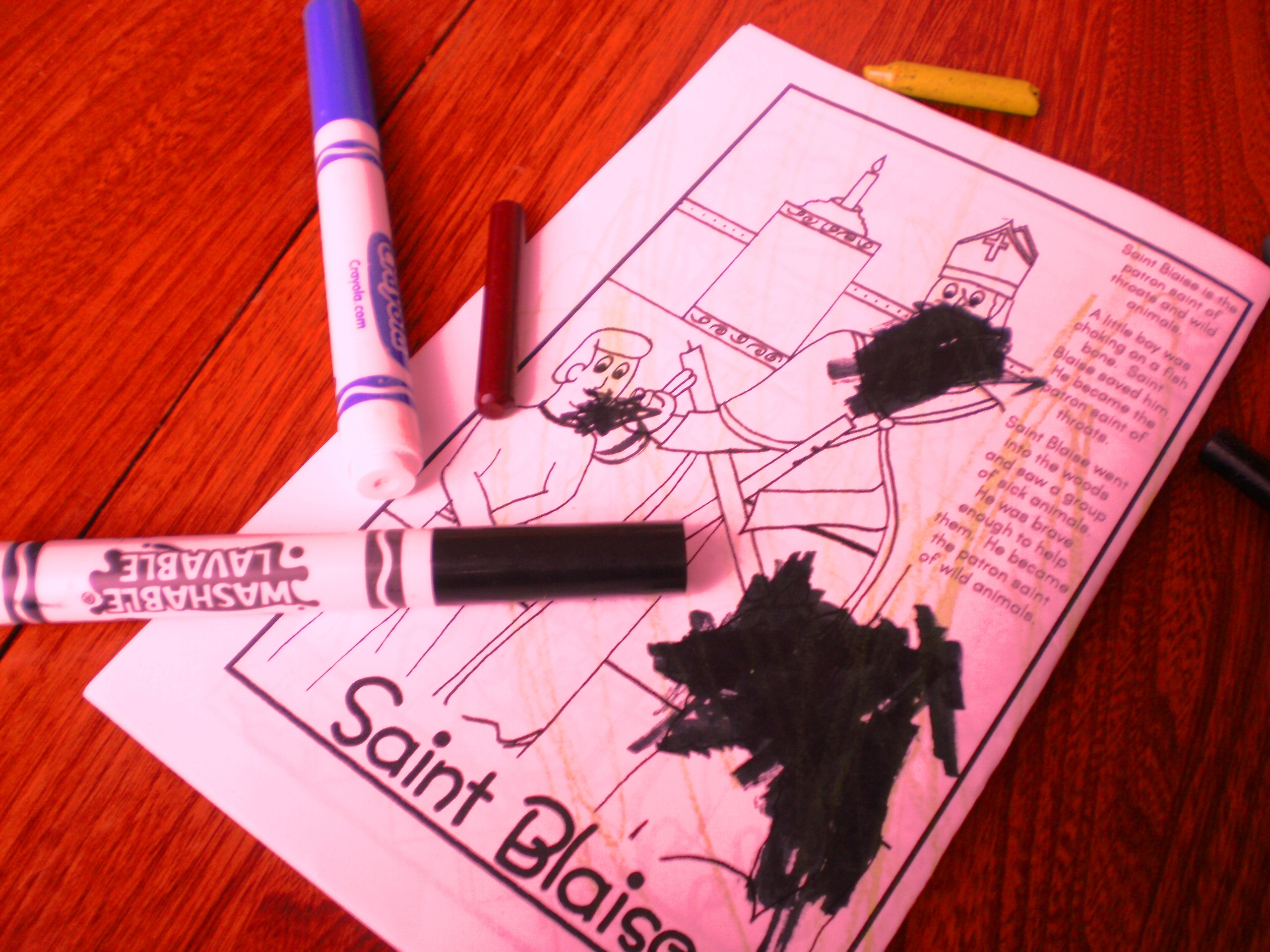 Maybe Beards aren’t your thing. But after some amazing insight this past week, I believe I have incredible evidence that Beards are built into our very nature as Men, whether we know it or not – from a very young age no less! So whether you’re a seasoned Beardman, someone who would like to be a seasoned Beardman, or someone who, at the very least, admires a nice Beard from time to time, I think you’ll enjoy how my son revealed the deepest longings of his heart!

Coming directly from the innocence of toddler boyhood, my oldest son (3 years) shocked me when he came back from Children’s Liturgy this past Sunday. Even though Children’s Liturgy is still relatively new to him, he’s already mastered it like a pro. As other parents can probably relate, our son heads off amongst the group of children with reservations and some hesitation, but by the time he returns with them around the Offertory, he’s full of confidence and pride, and he can’t help but quicken his pace to get back to our pew. And if I chance to make eye contact with the little guy, he’ll do all he can to try to maintain a serious and reverent face, until he can’t contain the grin any longer, and he cracks, and then blossoms a smile that could fill your heart. This particular Sunday, there was a little something extra in his grin. I think I know why.

I’ll never forget the unveiling of his Children’s Liturgy activity, a coloring page of good old Saint Blaise. What first caught my eye was that my son had given Saint Blaise a big ol’ Beard, black as night. He has just recently accomplished the feat of coloring within the lines, so he does know that lines are meant to contain the color. But when it came to Saint Blaise’s Beard, even the lines could not contain the inherent Beard savy nature of my young son (and future Catholic Gentleman). Saint Blaise sported the most luscious Beard I have ever seen a 3 year old create. I can only imagine what was going through his mind:

Why do they always give me these lousy crayons? (Scribbling, then tosses it aside) I NEED a marker. Hmmm. I think I’ll grab that nice dark black marker over there while no one is watching me. (Sneakily grabs it and pops off the cap) Now let me see…… I know, I’ll color this Beard! (Fills in the Beard.  Takes a critical look) Naaw, that won’t do, he needs a bigger one. (Scribbles away so as to extend the Beard) Yeaahh. That’s more like it!….

The best part is, that’s not all!. There was a young child also depicted in the picture. And wouldn’t you know, but HE was ALSO sporting a fairly rudimentary, yet very distinctive jet black Beard TOO!

But wait, there’s more. That last figure depicted in the bottom right – that’s Saint Blaise’s trusty dog – upon which my son had sketched out a Beard SO VAST, it engulfed the dog’s face! At this point, I’m sure that Children’s Liturgy had come to a close, which is probably a good thing, because I’m fairly sure the next Beard that black marker was going to unveil would be upon the face of my son! (The Sunday prior he came back with red marker across his cheek).

I don’t know about you, but I think my future Catholic Gentleman, even from his early age, has given testimony to one of Man’s most instinctive desires.  This desire, this fascination, this yearning, this passion for the Beard…. can you find it within you? Maybe you’d like to sport an awesome Manly Catholic Beard! Maybe you already do! One thing’s for sure, even from childhood, we were born to be Catholic Gentlemen!

Saint Blaise! Pray for us!