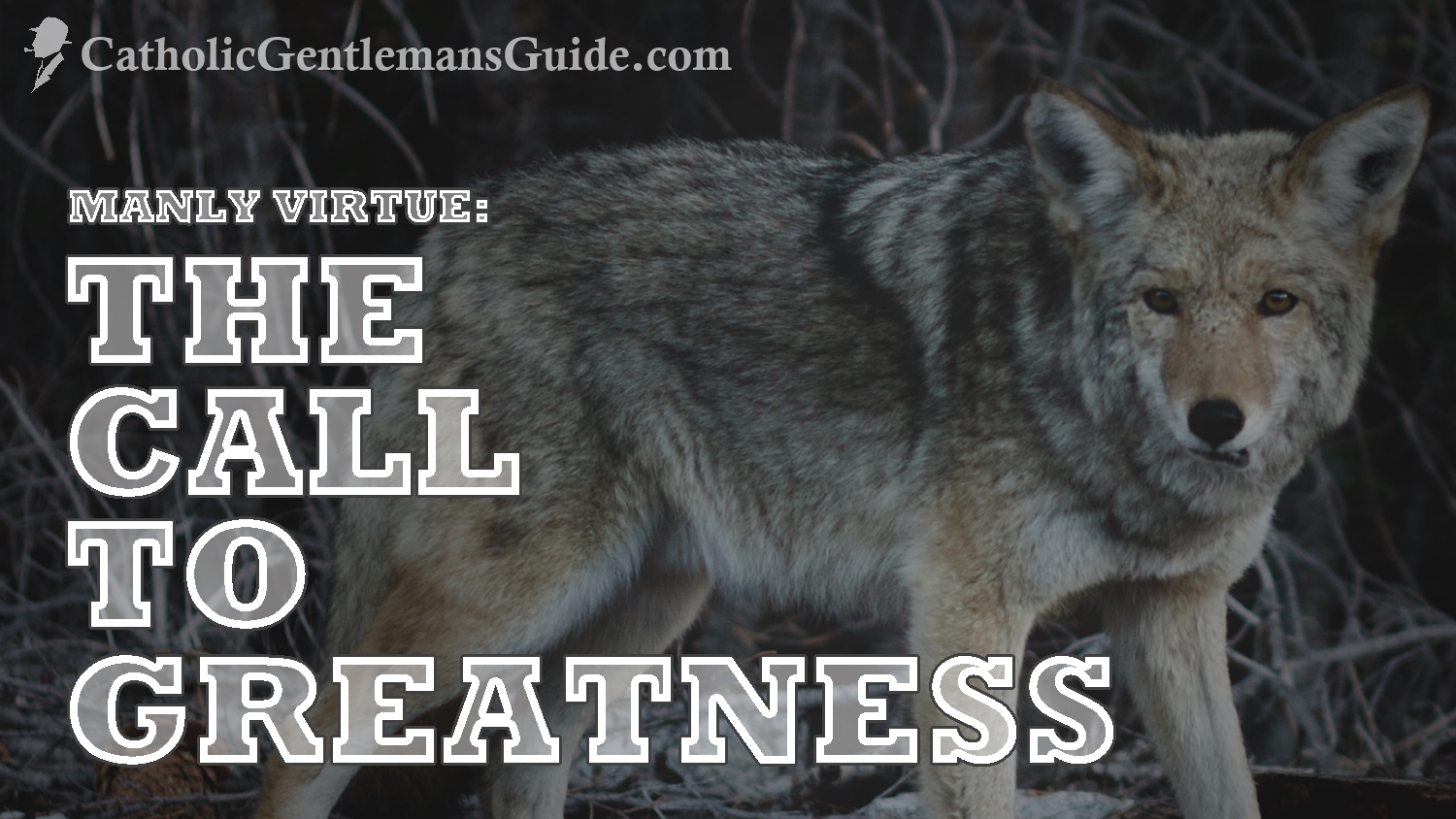 The young man sat alone, anger and resentment in his eyes. An old, wise man looked on from afar. He had seen what the last minutes had wrought. The arguing. The accusations. The fallout. Both enemies parting ways.

The wise man took a seat alongside the young man and spoke, “Permit me, son, to tell you a story.”

“I too know of hate. Of injustice, of revenge. Of jealousy, pride, envy, resentment, guilt. All these I have felt. They have stirred within me. They have set the course of my mind and heart, and at times, my actions.

“It’s as if there are two wolves within me, forever fighting to gain the upper hand over the other. The dark wolf is vice. He is all that is selfish, greedy, angry, and hateful. The other, a light wolf, is virtue. He is all things selfless, generous, kind, and loving.

Manly Virtue isn’t anything new. From the beginning of human history, man has battled deep within his heart to be either man of virtue, or  man of vice. In this guide series, I endeavor to take a look at the relevance of Manly Virtue in our modern world. Actually, virtue isn’t just relevant to our times, but it is absolutely necessary. If we truly are to be Christ’s light to the world, then we must stand apart and be men of Great Virtue, Great Holiness, for our Great God! Manly Virtues are the ingredients to Manly Holiness, and that’s our calling as Catholic Men.

So, what is Virtue? How can I practice Manly Virtue? And what will it cost me?

Start finding out by checking out the guides in the series below!