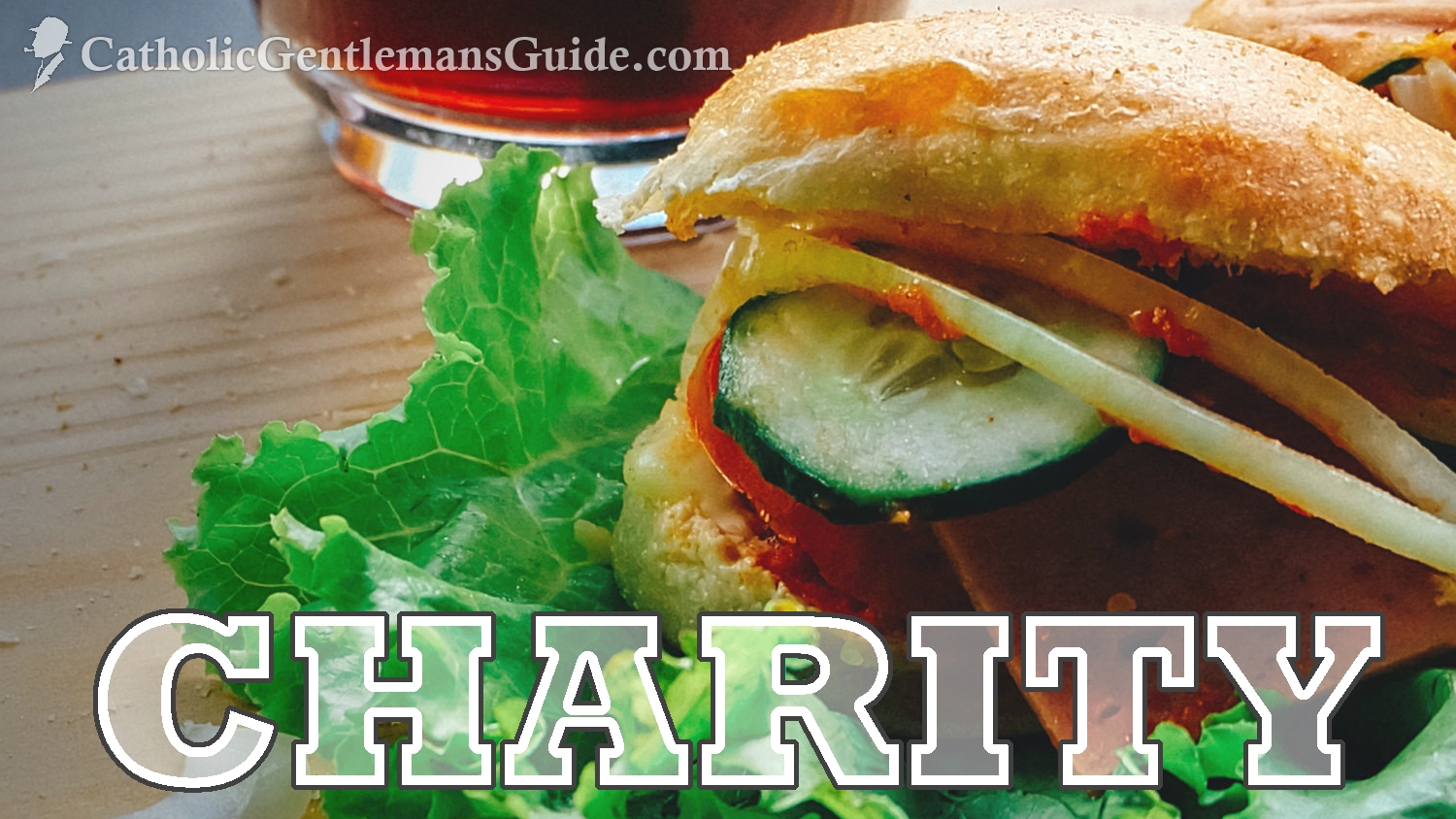 When we think of Charity, perhaps our initial thought is that it doesn’t seem a very masculine virtue. The truth is, charity is the most important one for us if we ever want to grow in Manly Holiness. Saint Paul puts it this way:

CCC 1825-26“Charity is patient and kind, charity is not jealous or boastful; it is not arrogant or rude. Charity does not insist on its own way; it is not irritable or resentful; it does not rejoice at wrong, but rejoices in the right. Charity bears all things, believes all things, hopes all things, endures all things.”1 Cor 13:4-7
“If I . . . have not charity,” says the Apostle, “I am nothing.” Whatever my privilege, service, or even virtue, “if I . . . have not charity, I gain nothing.” Charity is superior to all the virtues. It is the first of the theological virtues: “So faith, hope, charity abide, these three. But the greatest of these is charity.”1 Cor 13:1-4, 13

Charity is one of the three theological virtues. You’ll often hear this to mean that the theological virtues are called such because they have God for their object. To put it simply, this means that Charity: Comes from God, Leads to God, and Ends in God. Having Charity in our life puts us in a position to live in relationship with God, which is what Manly Holiness is all about!

Without Charity, everything we do, however good and noble, is nothing. This includes our virtue and good habits. Unless we have charity, we go nowhere. Charity is the greatest of all the virtues, the king of the virtue castle, because it elevates all the others. It is the virtue of loving God above all else, not for our sake (selfish), but for God’s. It is the virtue of loving our neighbor as ourselves, again not for our sake, but for God’s. It is the virtue that must permeate through all the other virtues in our life. Charity is the “TANGY ZIP of Miracle Whip” in our virtue sandwich. Without it, all our efforts, virtues, and good habits are just bland, dry, boring, and empty.

Let us pray that we may respond to God’s call to greater Charity and that it may infuse all areas of our lives!