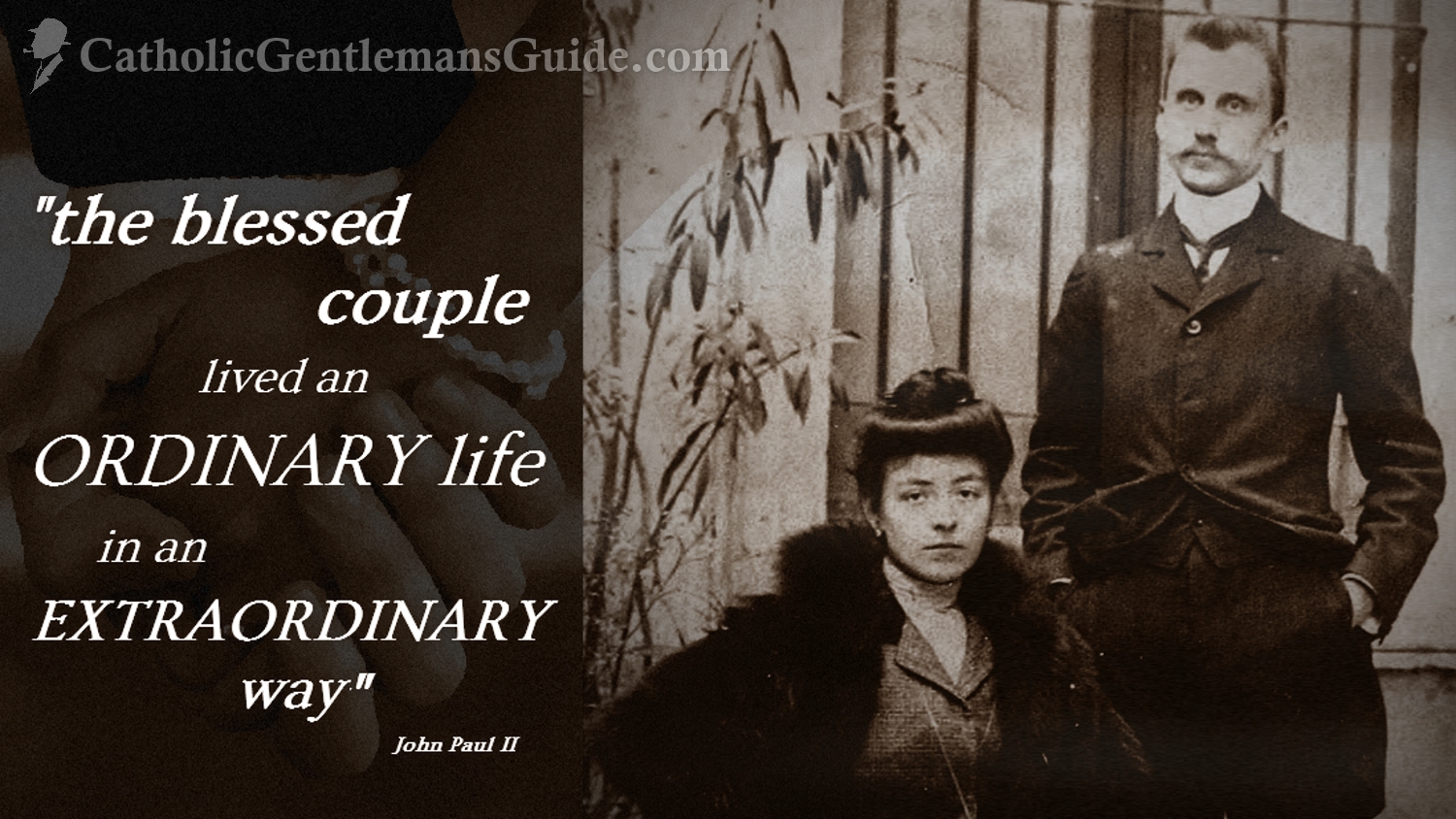 On October 21, 2001, an estimated 50,000 men, women and children defied threatening weather to crowd St. Peter’s Basilica and Square in Rome as Pope John Paul II declared as “blessed” Luigi and Maria Beltrame Quattrocchi, the first beatified married couple of the Church. To the assembly, the Holy Father stated:

“Maria and Luigi were beatified as a married couple. They are not ‘clerics or religious,’ they are lay people and they are married with children. They symbolize all married couples who have lived and still live today in their married life ‘the holiness’ which is the call of all Christians….

This couple lived married love and service to life in the light of the Gospel and with great human intensity. With full responsibility they assumed the task of collaborating with God in procreation, dedicating themselves generously to their children, to teach them, guide them and direct them to discovering his plan of love. From this fertile spiritual terrain sprang vocations to the priesthood and the consecrated life, which shows how, with their common roots in the spousal love of the Lord, marriage and virginity may be closely connected and reciprocally enlightening….

Drawing on the word of God and the witness of the saints, the blessed couple lived an ordinary life in an extraordinary way. Among the joys and anxieties of a normal family, they knew how to live an extraordinarily rich spiritual life….”

A FAMILY IS FORMED

Born in Catania, Sicily in 1880, Luigi Beltrame was adopted at age 11 by his childless uncle Luigi Quattrocchi and wife, due to which the young man added “Quattrocchi” to his surname. He received a law degree from La Sapienza University in Rome and worked as an attorney for the Inland Revenue department. Blessed Luigi’s children related that their father was always a man of great honesty and integrity, but his faith was not exceptionally strong in his earliest years. After meeting Maria Luisa Corsini at her family’s home in Florence, however, Luigi’s interior life took a decided turn.

Maria, born 1884 to one of Italy’s most illustrious princely families, was erudite and urbane but also cultivated a deep spirituality. Her collateral ancestors included St. Andrew Corsini, Pope Clement XII (born Lorenzo Corsini) and three Corsini Cardinals, in addition to Roman Princes, Counts Palatine and Grandees of Spain.  A lover of peace, sensitive Maria, as a child, would place a small olive leaf under her parents’ napkins at table to express her desire that her short-tempered military father and domineering mother would not quarrel.

The attraction between Maria and Luigi was immediate, as they both enjoyed literature, music, theatre, the beauty of nature and travel. When Luigi fell gravely ill in late 1904, Maria was greatly distressed and sent him an image of the Madonna of Pompeii. This event revealed to the two young people the depth of their love on each other, and they were married on November 25, 1905 in the Basilica di Santa Maria Maggiore in Rome. As their marriage progressed, Luigi grew in faith. He and Maria attended daily morning Mass together, and Luigi charmingly reserved his “Good morning!” greeting to her until the culmination of the service, as if to acknowledge that only then did the day truly begin.

Within four years of marriage, Luigi and Maria Beltrame Quattrocchi were blessed with three healthy children: Filippo, born in 1906, Stefania in 1908, and Cesare, in a difficult labor in 1909. Maria’s fourth pregnancy was life-threatening and gynecologists advised Maria and Luigi to abort the child. The Quattocchis, gazing intently upon the doctors’ Crucifix, adamantly refused an abortion and placed all their trust in God and the Virgin Mary. Maria endured dangerous hemorrhages and was bedridden for four months, and their daughter Stefania later recalled Luigi weeping as he spoke to a priest in church during that trying period. After an induced labor in the eighth month, Maria courageously gave birth to their fourth child and second daughter, Enrichetta, in 1914. One of the couple’s first acts was to thank God.