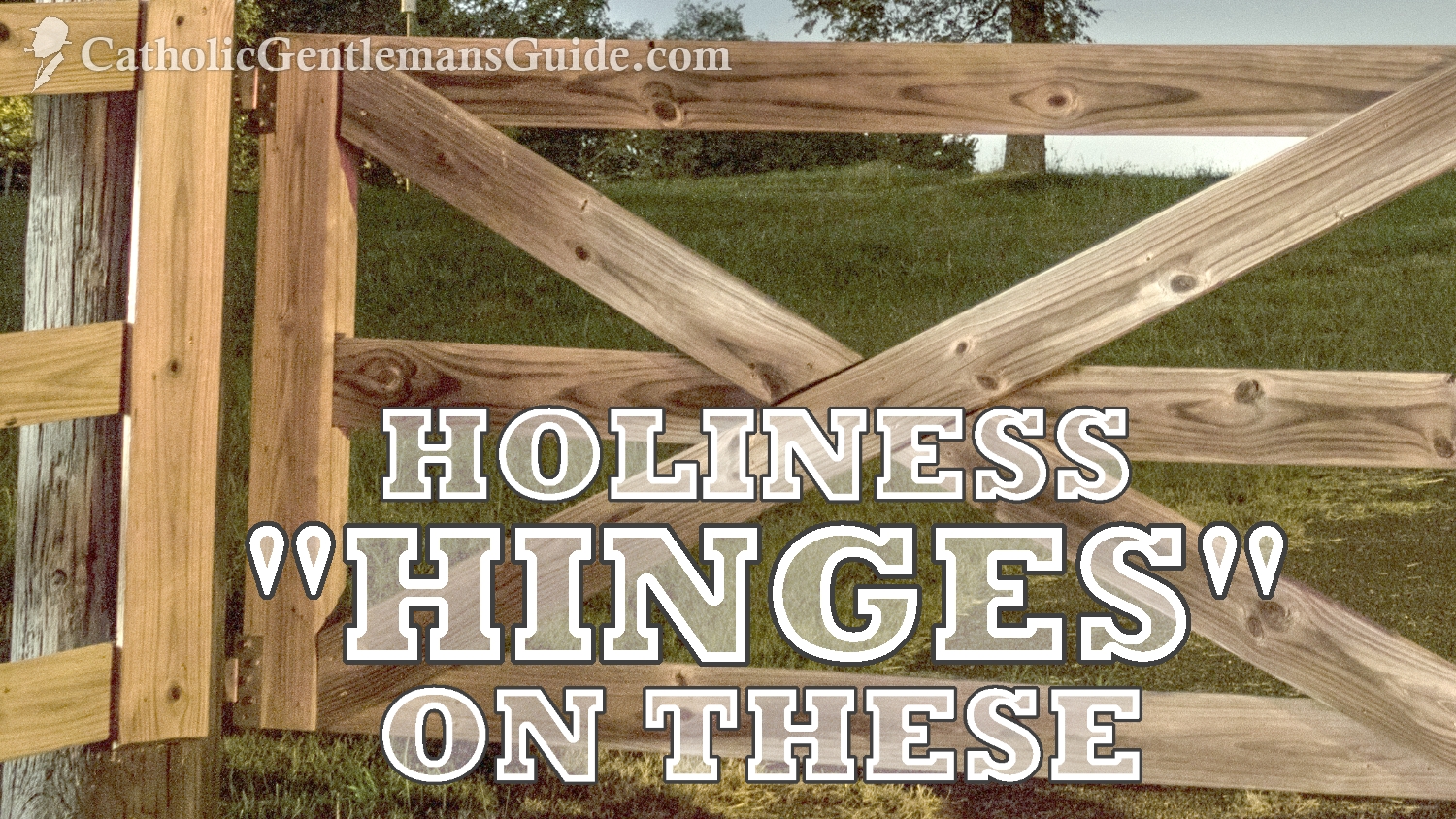 Any guesses where this is going? If you’re a Latin guru then you may know that the Latin term for “hinge” is cardo, cardinis. From this is related the Latin adjective cardinalis which is defined as “serving as a pivot upon which something depends.” In English, a great word that embodies this concept is pivotal, which takes us back to the image of a “pivoting” hinge. Put it all together and we have the linguistic meaning of the word Cardinal, which will now serve as the basis to discuss none other than (you guessed it) the four Cardinal Virtues!

As a side-note, we still do see the word cardinal used in the context of meaning “hinge” or “pivotal.” While we may be quick to think of the bird, and by extension, the baseball team, perhaps we’ve also heard it in the context of Cardinal Points (the 4 directions), the Cardinal Winds (the 4 or more winds of ancient navigation), the Cardinal Signs (the 4 signs of the zodiac that mark the change of seasons), or the Cardinal Sins (the 7 deadly sins). Those of us in the Roman Catholic tradition may also hastily associate the word with the College of Cardinals, which stems from the same Latin word, extended to mean chief and principal (for a “hinge” must not only function reliably, but it is also the central important component of the operation of, let’s say, a door). Bishops who have this title are Cardinal-Bishops (in the past there were also Cardinal-Deacons and Cardinal-Priests) who are distinguished leaders within the Church because of the diocese or Vatican department they have been appointed to oversee. Ironically, this brings us back to the North American bird, since even it was named after the red garments worn by the Cardinals!

As for the Cardinal Virtues, there are 4: Prudence, Justice, Temperance, and Fortitude. Interestingly enough, the classification of these virtues is not technically the brainchild of Christianity, but of antiquity – specifically from Greek philosophy in the figures of Plato, Aristotle, and Cicero. Of course, the Cardinal Virtues are also recognized in the Bible, such as in Wisdom 8:7:

…She teaches moderation (temperance) and prudence,
righteousness (justice) and fortitude,
and nothing in life is more useful than these.

Now to the main point of this discussion: Why are they called Cardinal? That answer goes back to the meaning of cardo, cardinis. A “hinge” is something upon which something pivots. Or, when something “hinges” upon something else, it depends upon it, even as a gate depends upon the hinge for it to open and close. Cardinal Virtues are known as Hinge Virtues because all other human and moral virtues pivot upon them. In other words all the other virtues can be categorized under the Cardinal Virtues. In short, if we want to be growing in virtue as Catholic Gentlemen, we’d better understand the four Cardinal Virtues so as to understand how they are at work in all the other virtuous habits we set out to practice.

Finally, we must get one thing clear. I hear this a lot when people die: “He was a good man,” as if that brings a sufficient level of consolation regarding the state of the man’s soul. So the question is, when you die, will people say you were a good man? If so, great, because that means that people saw that you practiced the four Cardinal Virtues which are the mark of all humanly virtuous men. But, as Catholic Gentlemen, being just a “good man” is overwhelmingly mediocre. We’re not just called to be “good men.” We’re called to be saints, and the difference between a “saint” and a “good man” are those who live out the three Theological Virtues – alongside the virtuous habits of Prudence, Justice, Temperance, and Fortitude!

Still not sure what these four virtues are all about? Don’t worry, more about each of them next!