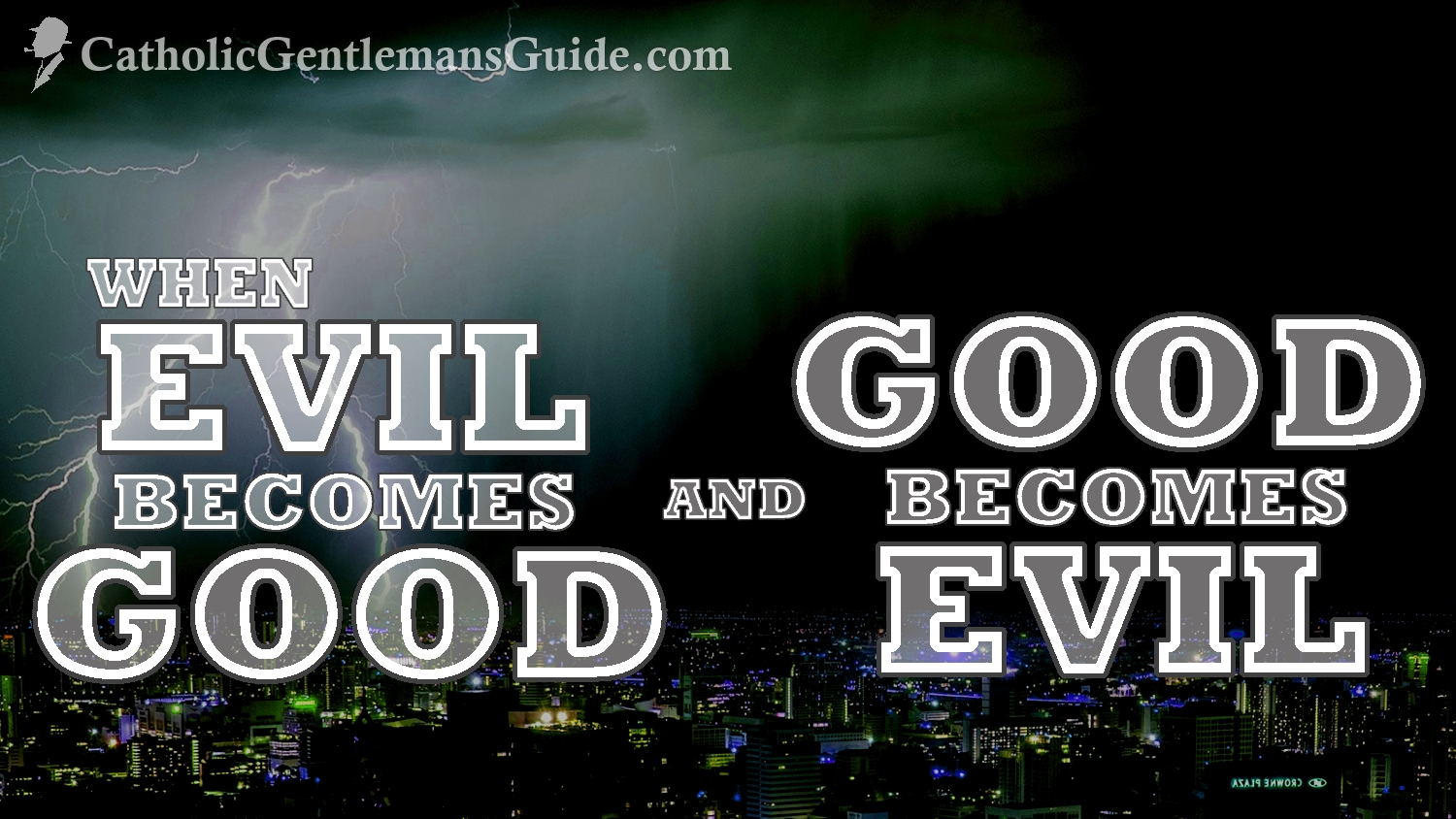 Today’s moral values are in chaos. I recently read Michael O’Brien’s apocalypse novel, Father Elijah. After this highly stimulating read, I think it is impossible for anyone to finish Father Elijah without pondering the world that it presents, and feeling incredibly shocked at how it parallels the times in which we live. It reminds me of a very enlightened and prophetic remark of a close childhood family-friend and priest, who has since passed away. This most reverent and wise Monsignor once said something to the effect of, “The day is coming when ours will be the age that good is perceived as evil and evil is perceived as good.” He had prophetic wisdom to read the signs of his time, and I think his words have played out to be rather true in these last ten years and counting. In this guide series, I hope to take a look at how secular and popular culture have twisted morality upside down, where the norm is to call “evil” “good” and “good” “evil.”

As Catholic Gentlemen, it may be our duty more than ever before to be vigilant, to hold tight to what is true, good, and beautiful, and to call evil by its name while we face it head on. Explore below some of the guides in this series: