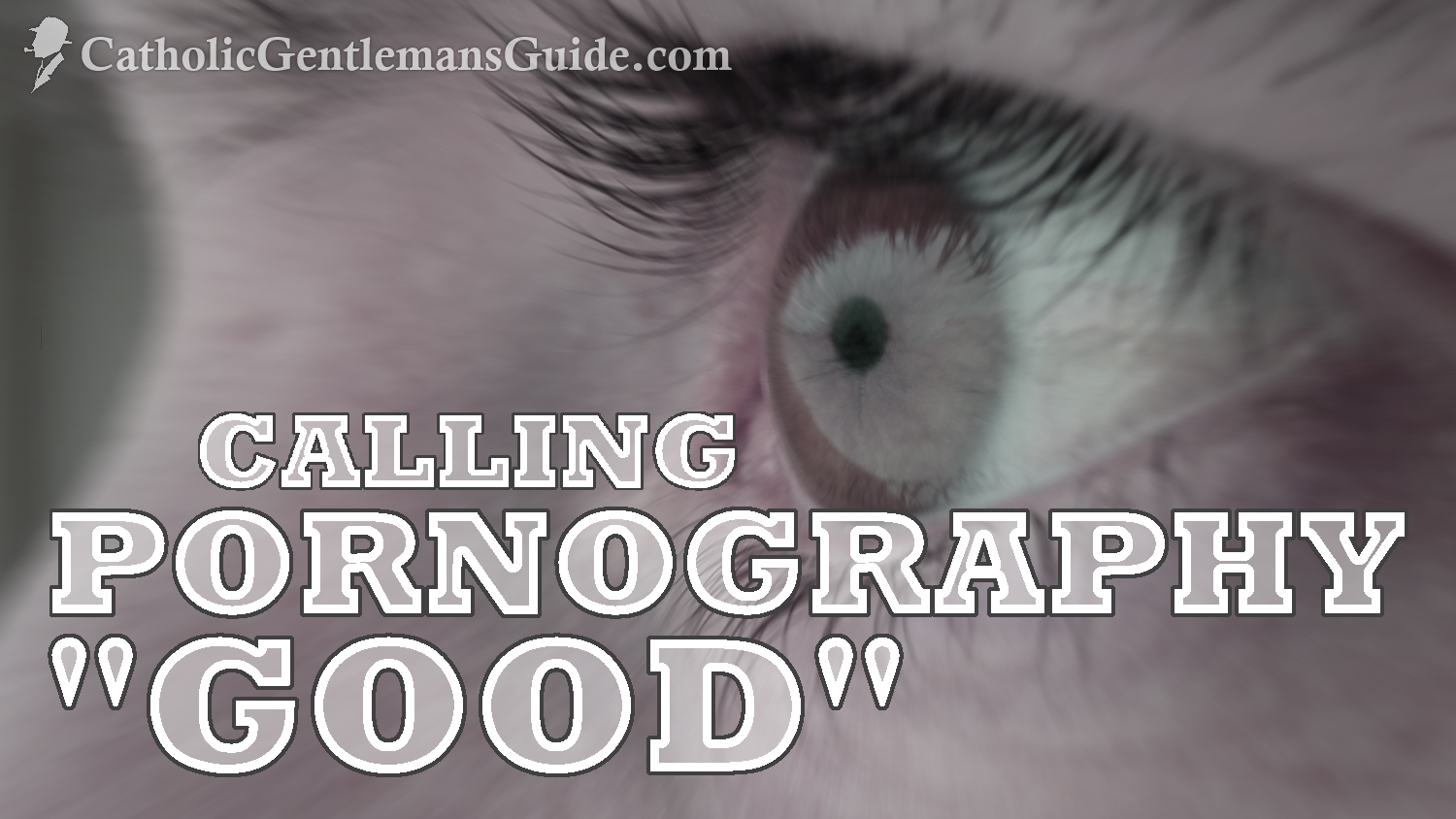 What the world perceives as good is painfully piercing into the very heart of our society and culture. One of these false goods is none other than Pornography. In this installment of our guide series, let us acknowledge the fact that our secular and popular culture have embraced a twisted and upside down perspective of human sexuality, where thanks to the anonymity provided by the internet, the acceptance of pornography and our exposure to it is likely more common than the practice of eating breakfast. Indeed, such a dependence has been created in our culture for pornography that both reason and morality are forsaken in our world’s conclusion to address pornography as good.

Very recently, a few states have declared pornography as a “public health crisis,” and while I think there are great reasons for that claim to be made, many more people scoff in skepticism that a little pornography should be labelled a “crisis.” I have two points in saying this: One, that the time is right for this debate to occur and be in the public dialogue. Two, there are many, many people who are so quick to passionately defend or rationalize pornography use as harmless, normal, or even healthy. Unfortunately for the pornography proponent, the myth that pornography is anything other than unconstructive, unbeneficial, and unhealthy to society is, with a little rationality, on the verge of a colossal debunking, thanks to ongoing research in psychology and neurology. (The fact that studies cannot even find a control group of men today that have NOT been exposed to pornography attests to the absolute universality of the problem!) For more on this, check out our youtube playlist.

To be clear, pornography is not good. It is utterly evil. In fact, what good has truly ever come from pornography? At this point, I’m not going to provide an exhaustive argument against pornography, but I am going to make some statements  and claims that, when considered in more depth, begin to debunk the myth that pornography is harmless.

Pornography is not just wrong because of weightless religious arguments, but because of well-grounded logical, scientific, and social reasons, as well as moral ones.

Pornography does nothing to liberate and empower women. At the end of the day, pornography just perpetuates the view that women are sexual objects to give men pleasure. It does nothing to ennoble masculinity either, as it is an industry that presupposes the powerlessness of men to their sexual appetites. While it’s true, pornography makes less manly men, is there any wonder why there is a man crisis in the world today, where men don’t know how to be men?

The pornography industry is not safe, preys on the vulnerable, disregards the dignity of the human person, and is plagued with mental illness, woundedness, and depression. No one would argue in favor of slavery. We’re beyond that as a culture and we’ve admitted that wrong. BUT, we as the consumer, by creating a demand for pornography, ultimately contribute to the trafficking and slavery of men, women, and children in an industry that makes big money.

Pornography is addictive. Because it is virtually unrestricted, accessible, widespread, and easy to find, the scope of pornography’s reach is unfathomable. It may even be that nearly all young people today are viewing, or have viewed pornography. And many can’t stop or control themselves. Pornography addiction is as real as addictions to other substances, such as drugs or alcohol, and has much the same effects. Considering its widespread usage, I’d say it most certainly is a health crisis that we’d better universally identify soon.

Pornography is showing itself to have the physiological effect of reducing gray matter in the brain, which affects areas of the brain involved with planning, prioritizing, controlling impulses, the reward center, self-control, empathy, and compassion. Pornography is changing the way we focus, act, live, and think, and not for the better to be sure.

Pornography is twisting the understanding of sex within the minds of our upcoming generations, much of which objectifies women as merely sexual beings, who only have power or worth because of the appeal of their body, but which also sets up men to act with aggression and violence towards women.

I could keep going, and I could even go more in depth into each of these points so that each might be its own post. Luckily I don’t have to, because much of what I’ve stated against the myth of pornography is already assembled in a great new book, which I’d highly recommend. From Ignatius Press, Matt Fradd’s The Porn Myth is a non-religious, fact based and incredibly researched and referenced book that exposes the reality behind pornography from every angle you could possibly approach it with. Read it once or twice, then pass it on to your pal, or get it for your men’s groups, or get a few copies to circulate in your parish. I’ll definitely be lending my copy out!

One thought on “Calling Pornography “Good””