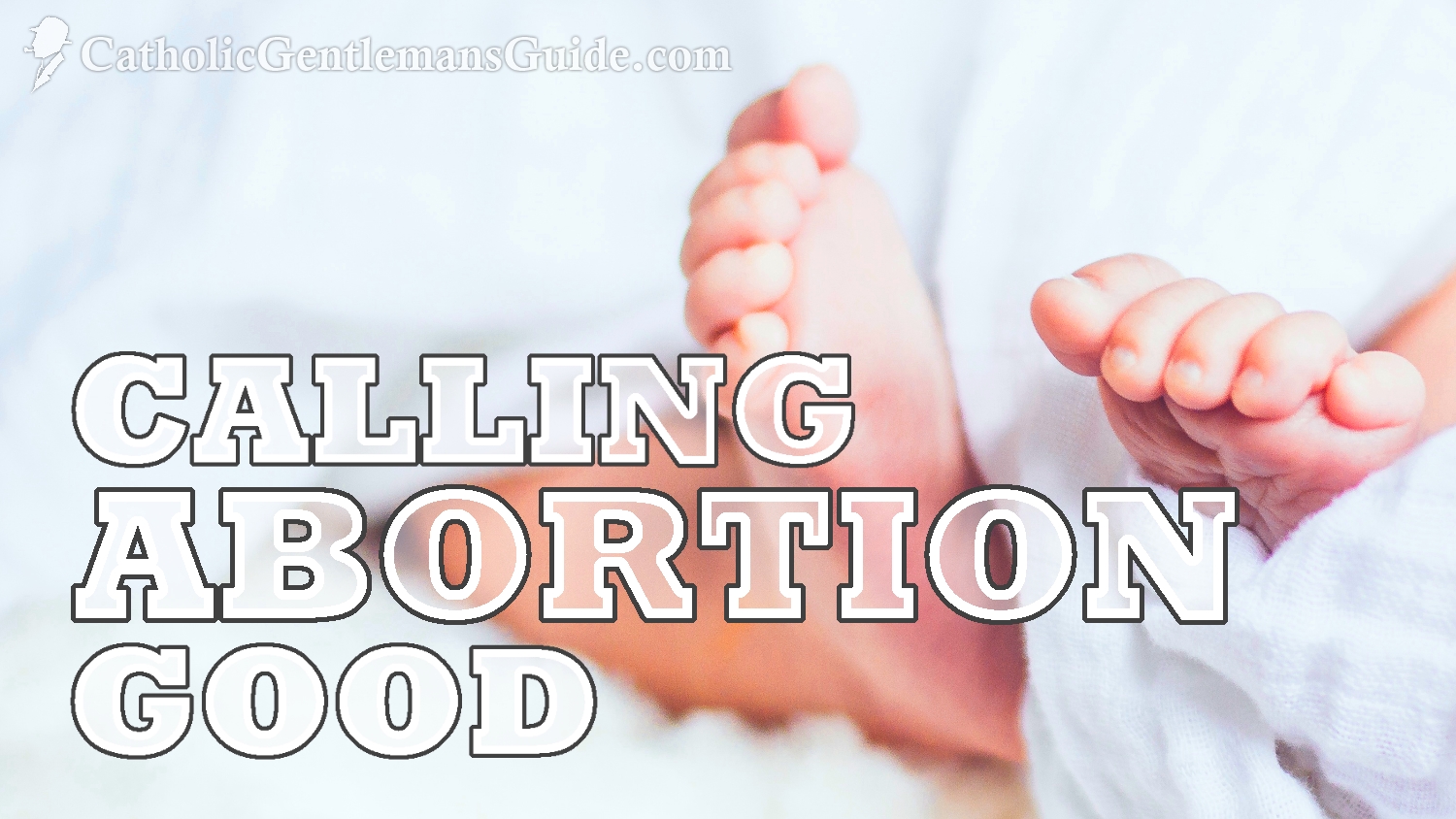 What the world perceives as good is painfully piercing into the very heart of what it means to be human. One of these false goods is none other than Abortion. In the first installment of this guide series, let us take a brief look at how secular and popular culture have twisted morality upside down, where the norm is to call abortion good.

First, it is important to approach this issue with charity and understanding. I would argue that most people are very confused about abortion. At this point, our current generation has been raised to conform to the idea that abortion is fine, necessary, and even a non-negotiable human right. They really haven’t been made to think about what permitting abortion as a culture actually means. I have found that people in support of abortion are highly emotionally connected to the issue – the intellect just doesn’t seem to come to the logical conclusion that ending the life of a human before he is born is as gravely wrong as ending the life of a human after he is born. Bottom line: I would argue that the vast amount of regular folks out there are not fully culpable for the opinion they hold. They have inherited it from the culture. As a result, it is best for us to deal with them with great charity and understanding. Dare we pray that reason may fill their minds! (I know there are extreme exceptions to this generalization, especially among groups who desperately cling to the need for abortion under the guise of women’s rights or reproductive rights, but even these people deserve charity.)

Abortion is no longer a revolutionary and new thing. On the contrary, it seems a well-established and acceptable fact of life. It has been legal in the USA since January 22, 1973. And in Canada, there has been no regulating legislation on abortion since January 28, 1988 (In Canada there’s more legislation to protect a Canada Goose than there is a Canadian Human Fetus). In our day and age, when medicine, science, and philosophy all point to the fact that the unborn are human beings, we would call cultural progress abortion laws that devalue and dehumanize the most innocent and vulnerable people. We turn a blind eye to the fact that we allow an entire category of human beings to possess no rights and have no dignity.

Sadly, the best argument to support abortion in our day and age has become the claim that our society has grown too dependent upon it. In other words, to ban abortion would be disastrous to our way of life, our rights, and freedoms. It would force women to acquire abortion illegally, which is unhealthy. Therefore, abortion is necessary and should remain legal.

The unfortunate fact is, abortion has now been a legal reality for over a generation. People take it for granted. It has become a part of life. It is now considered a basic necessity of life, along with food, clothing, and shelter. It is perceived as a necessary good. It is forced as a gift upon third-world countries. It is the solution to overpopulation. Consequently, the prevailing attitude is: Abortion has been legalized, therefore it must be good, therefore everyone should have access, so now let us forget about it until we need it and let us not turn back on the progress we have made as a society.

Well, we need to turn back and label abortion for what it is: Evil.

As human beings, our first right is our right to life. Any other right that we might have stems from our first right to live. The Catholic teaching is that this right also extends to the unborn and that abortion is an abominable crime. The consequences of each and every abortion is irreparable. It not only destroys the human life of the fetus, but it also harms the parents, and deteriorates the very foundation of society itself, whether we are aware of it or not.  The right to life of a specific category of human beings (unborn) is not something that can be decided by parents, by common societal agreement, or even by law. The right to life exists within our human nature, our human dignity bestowed on us by our Creator. This is the truth that our society is missing.

To date, estimates place the number of legal abortions in USA and Canada at well over 60,000,000 combined. 60 MILLION. In Canada, it is also said that roughly 1 out of every 5 babies has been aborted since 1988. How can we live with the knowledge that this is going on? Why is it so hard for our culture to realize that abortion is a great wrong to our and future generations?

I am not here to lay out every possible argument against abortion. There are plenty of resources to convince people of that. I am here to argue that abortion is evil. Contrary to popular belief, it is not good. I’m here to make a point that it is up to us, Catholic Gentlemen, to stand up and call evil by its name. A hundred years from now, I wonder if our age in history will rightly be known as The Age of Silent Genocide. I predict that it will if we, as Catholic Gentlemen, see it as our duty more than ever before to be vigilant, to hold tight to what is true, good, and beautiful, and to call evil by its name while we face it head on.

I am eternally grateful for everyone in the Pro-Life Movement and all of the collective good that you do to bring about a change. You have kept the voice going all these years and there is no sign that your voice is about to stop! For anyone looking to participate, search for Pro-Life activity going on in your region, or start by checking out: campaignlifecoalition.com and nrlc.org