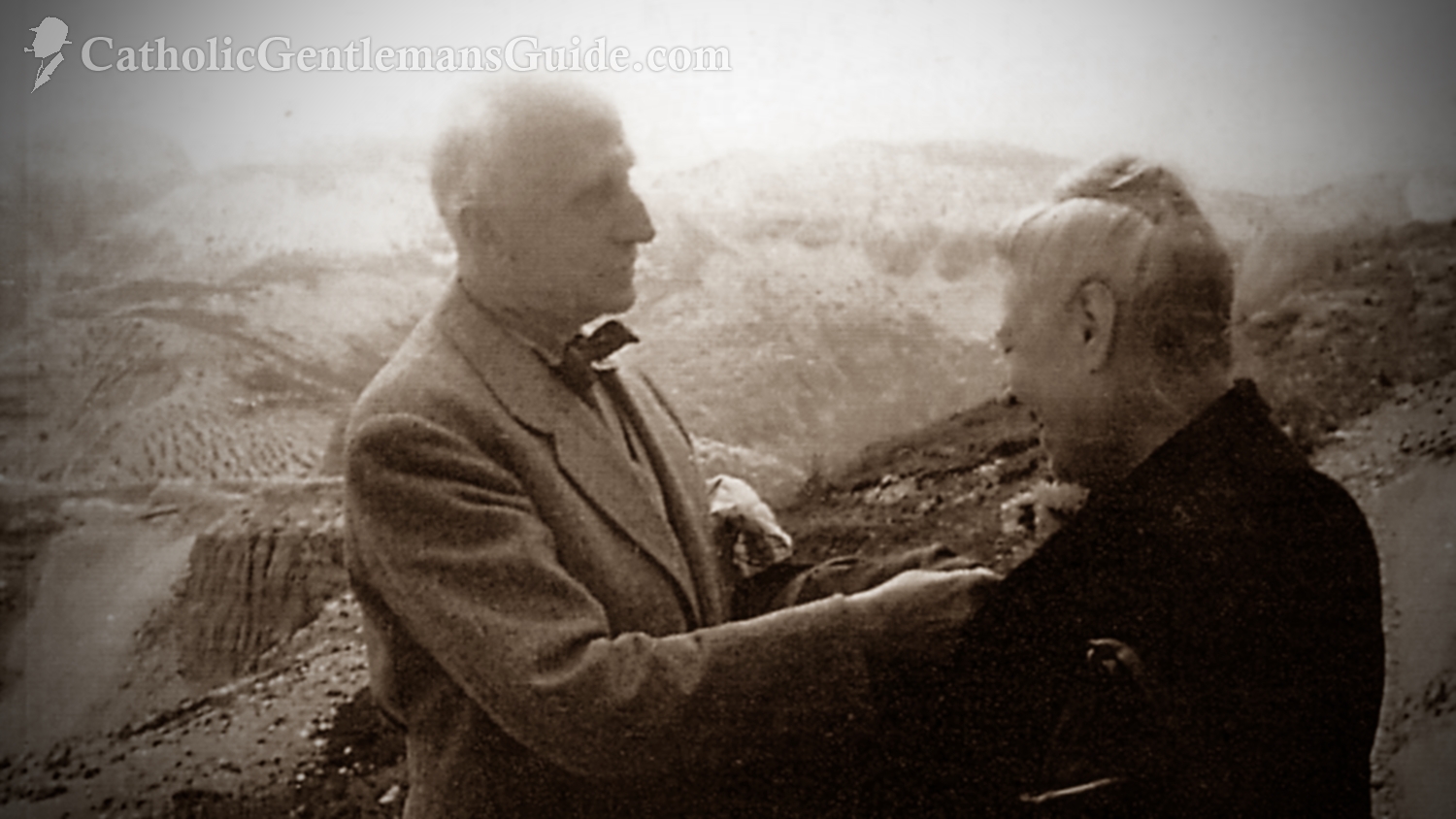 GOING HOME TO GOD, AND BEATIFICATION

As they aged, Luigi and Maria devoted even more time to prayer and contemplation within their home, becoming an example of piety to all who knew them. In 1951, he, Maria and the inseparable Enrichetta spent a last, beautiful day together in the mountains, shortly after which Luigi died of a heart attack at the age of 71. By the grace of God, all three of the Quattrocchi children in religious life happened to be in Rome at the time and the entire family was able to attend Mass and re-consecrate as a family to the Sacred Heart of Jesus before Luigi died.

Luigi Beltrame Quattrocchi was remembered by many as a man of great ability, integrity and virtue, who never spoke of the many professional honors awarded him and who refused positions of higher authority if he felt that they would, in any way, compromise his first duties to God and family.

Standing before Luigi’s mortal remains, an atheistic colleague told the Quattrocchi sons: “You see, during all the years that we worked together, your father never pestered me with sermons. But I want to tell you, it’s through his life that I discovered God and that I love the Gospel. Pray for me!”

Maria, heartbroken by Luigi’s passing, was able to write a few months later: “Luigi is always and incessantly the love and inconsolable sorrow of each and all of us, yet he helps us, he is near to us, and he loves us as much and even more, if it is possible, than before. Little by little, he is present to me ever more, most of all, at Communion, before the altar.”

Though gradually reducing her external work, Maria continued a life of prayer and writing on behalf of couples, families and children. She died in 1965, having just recited the noon Angelus, in the arms of Enrichetta, the child for whom she had been willing to sacrifice her life.

The elder Quattrocchi daughter, Sister Maria Cecilia (born Stefania), died in 1993. In November of the following year, the beatification cause of Luigi and Maria Beltrame Quattrocchi was opened. Pope John Paul II decided that a miracle – the cure of bone alterations of Italian neurosurgeon Gilberto Grossi – was due to the intercession of Luigi and Maria Beltrame Quattrocchi. The couple’s three surviving children – Father Tarcisio, Father and Paolino and Enrichetta – had the joy of living to witnessing their parents’ beatification.

Many observers noted that the time for the beatification of Luigi and Maria Beltrame Quattrocchi was providential, occurring as it did shortly after the tragic events of 9-11, when families around the world were stunned by the ever present and unpredictable threat of terrorism.

The earthly remains of Blessed Luigi and Maria Beltrame Quattrocchi are entombed in the crypt of the Sanctuario della Madonna del Divono Amore (Sanctuary of Our Lady of Divine Love) in suburban Rome. Countless pilgrims visit the sanctuary to pay their respects to and draw inspiration from the blessed couple, particularly on their feast day – November 25 – which is their wedding anniversary. A chapel within the sanctuary is one of the most popular European wedding venues.

The Quattrocchis’ “miracle child” – Enrichetta – lived to age 98, dying in 2012. She had the joy of helping others see in her blessed parents an example of living a life of faith, service and devotion. She was named Honorary President of the Associazione Beati Coniugi Maria e Luigi Beltrame Quattrocchi, abbreviated A.MAR.LUI, upon its founding at Pescara, Italy in 2010. The goals of this organization (of which this writer and wife are Couple Number 86 “Socio Sostenitore”) include: conjugal unity and respect for each other’s vocations; active service to family, society and Church; embracing all people, in particular engaged and married couples, in their unique situations; a commitment to learn from everyone in a spirit of universal brotherhood; and promotion of Christian love, respect for the differences of others, harmony among spouses, the educational task of parents and a spirit of filial gratitude.

Blessed Maria and Luigi Beltrame Quattrocchi, pray for us!