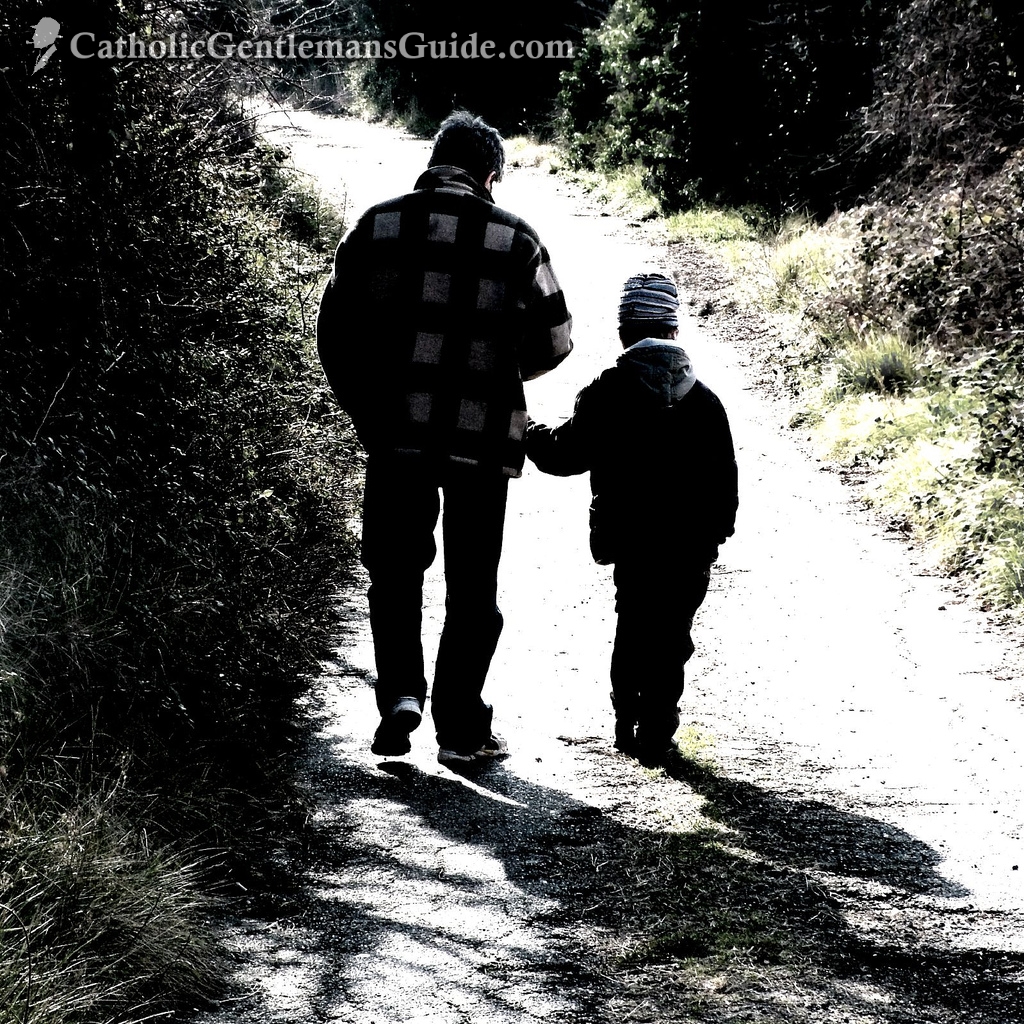 In a 5 video series on Fatherhood, Michael Voris of ChurchMilitant.com takes a look at the issue of masculinity and Fatherhood. While I hesitate to recommend Voris, his commentary on Fatherhood does contain a lot of food for thought and is delivered in a manner that is blunt and direct.

I am in agreement that Fatherhood is under attack from forces outside of man, but also within him. A good society hinges upon good Fatherhood. A solid Father, along with a solid Mother, results in a solid family, which forms a strong foundation for society and culture. Good Fatherhood hinges upon knowing and experiencing God as Father, as we journey towards manly holiness as Catholic Gentlemen. Conversely, when Fatherhood goes, so goes the nation….And it is not difficult to look at the world through our Catholic lens to see that our world is in shambles.

Personally, I always find myself looking for what (or who) is to blame for the social and moral  problems in the world today. It is easy to lay blame on outside forces, such as “society” or “mentality,” or even groups such as feminist, gay rights, or pro-choice movements. Yet I think the answer lies closer to home. If I’m not the Father, biological or spiritual, that God is calling me to be, then I have to humbly and honestly acknowledge that I am the problem.

There is a story about G.K. Chesterton. When asked to publish an answer to the same question, “What is wrong with the world?,” he submitted, “I am.” Perhaps he knew what was at stake with the role of Fatherhood…

Your Fatherhood can change the world – for better or for worse.