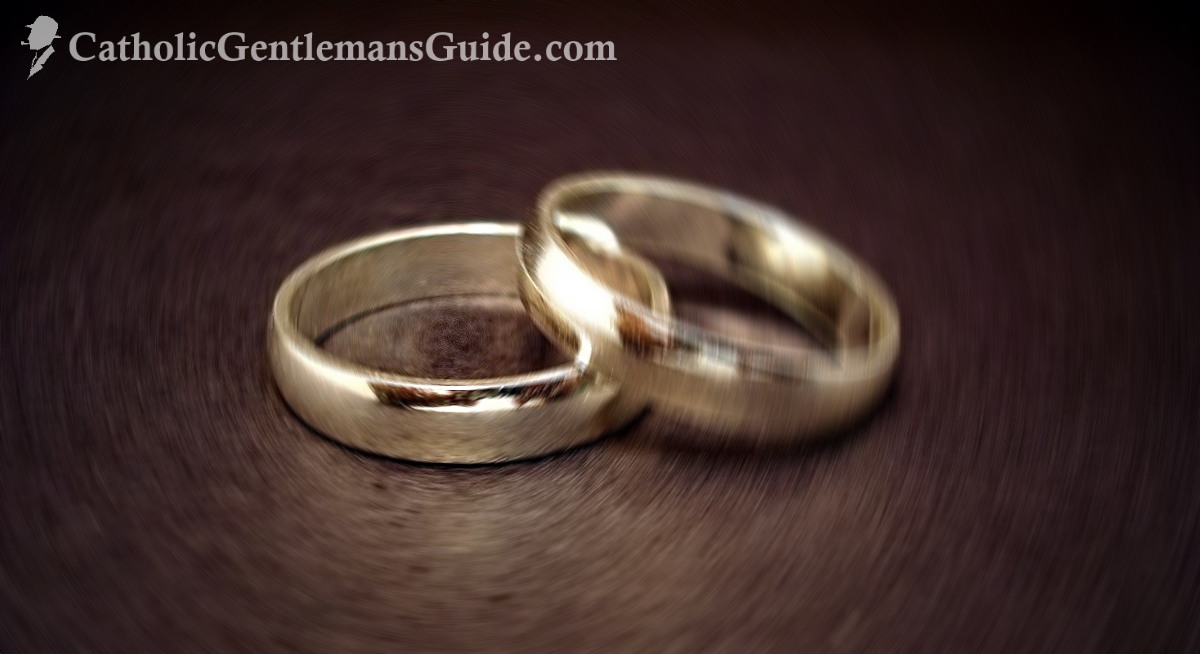 What the world perceives as good is threatening to crumble the very foundation of our society and what it means to be created male and female. One of these false goods is the idea that the Redefinition of Marriage is something good. In this guide series installment, let us look at how our culture is embracing this idea as something good, when in fact it is an idea that is bound to slowly destroy any culture that embraces it.

Back in 2005 when marriage was legally redefined in Canada, I couldn’t have cared less if governments decided to redefine marriage. Personally, I supported traditional marriage between one man and one woman, but I didn’t feel it mattered if this definition was legally changed for civil marriages. Perhaps you don’t think Redefining Marriage is a big deal either. At the time, I thought about it in three ways:

In time, I came to know that I was gravely mistaken. The definition of marriage DOES matter, civilly or otherwise, and it DOES matter that we take a much more firm stance on what marriage is and that we continue to hold this firm stance, despite the sway of the governments around us. Here is why each of my three original perceptions has changed:

Now, you may note that I did not refer specifically to “Same-Sex” or “Gay” marriage in my title, and this is intentional. While we currently associate the Redefinition of Marriage with so called Same-Sex Marriage, I want the title to stress the fact that ANY union of a human to another human, humans, or non-human that is not an exclusive union of a man and a woman can never be called marriage. Redefining Marriage to include any alternative undermines the reality of marriage, and in doing so, cuts to the heart of society itself. Moreover, it causes society and the culture to accept a definition of marriage that is simply not true.

It is not hard to see that marriage is under attack from all directions, but when you attack the definition, you attack the heart. What is that definition? The matrimonial covenant, by which a man and a woman establish between themselves a partnership of the whole of life, is by its nature ordered toward the good of the spouses and the procreation and education of offspring (CCC 1601). Marriage is a union of a man and a woman who freely consent to love each other in an exclusive way by totally committing their lives to one another with an openness to conceiving children.  This is marriage in its best case scenario (especially if between baptized people as it becomes a Sacrament). A redefinition of marriage would just state that marriage is an adult’s consent to love someone (mutually) or something because it is a civil right for one to love whomever and whatever one chooses. As we have seen, this is a definition that ignores the deeper and unchanging realities of what marriage actually is, as designed by our Creator. It ignores procreation and the dignity of our call to be fruitful. Instead it prefers adult sexual intimacy and makes marriage sterile, especially within same-sex relations. Blinded by the pursuit of pleasure and self-gratification, our culture refuses to see the whole truth. Sadly, while intending to make marriage more, any Redefinition of Marriage actually makes marriage less than what it truly is.

Gentlemen, the Redefinition of Marriage is yet another wolf in sheep’s clothing. It is an evil that will destroy the heart of society itself, marriage and the family. I’m here to make a point that it is up to us, Catholic Gentlemen, to stand up and call evil by its name. It is our duty to be a voice to defend marriage and to live our lives with the conviction that marriage is valuable. If you’re a husband, then seek to BE one that upholds the dignity of your marriage, your bride, and your family, because you are under attack. If you are not a husband, then pray for all husbands and fathers out there, for they are on the front lines as living testaments to the true marriage as instituted by God Himself. Whatever your state in life, as Catholic Gentlemen, it is our duty more than ever to be vigilant and watchful while we cling to what is true. Truly, God must be our strength as we call evil by its name and face it head on.

“As the family goes, so goes the nation and so goes the whole world in which we live.”
– Saint Pope John Paul II

For more on the Catholic Church’s social teaching on marriage, check out Chapter 5 in the Compendium of the Social Doctrine of the Church.

2 thoughts on “Calling the Redefinition of Marriage “Good””