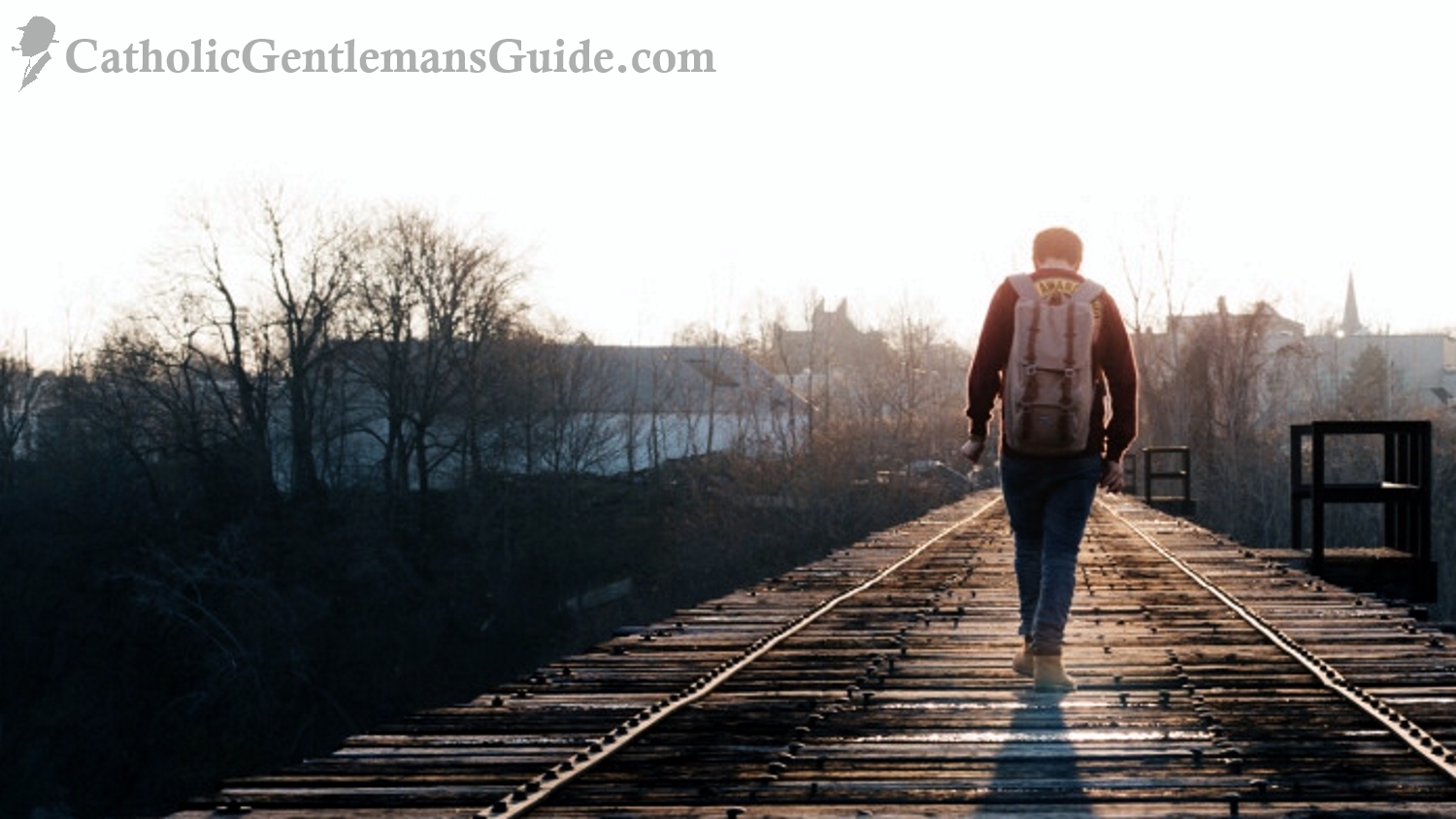 A man’s intellectual journey to Catholicism can be made in three fairly straightforward steps. Accompanied with the clarity of honest reason and the enlightenment of humble faith, the journey to Catholicism not only offers an intellectually satisfying destination, but it offers temporal and eternal contentment without doubt and (at the very least) a sound worldview that is second to none. So where does this journey begin?

So there we have it, a man’s intellectual journey to Catholicism. A journey from Man, to Gentleman, to Catholic Gentleman – an intellectual experience that also involves a conversion of heart (which is really our fourth step). To recap, (1) God exists, (2) has become man in the person of Jesus Christ, and (3) has founded the Catholic Church so that we might find fullness of purpose in love and truth as men of God, Catholic Gentlemen, and by his mercy, future saints.

In conclusion, I address the critics of any of these three claims. I am aware that there are many dedicated persons out there who tirelessly work to discredit these three claims. To you, I thank you for posing your sincere and best arguments, so that upon the evaluation of all the information, people are able to seek the most reasonable truth.  For those searching, it can be easy to find counter arguments compelling, whether by the eloquence of delivery, our culture’s over-dependence upon the sole authority of science, or the general reign of skepticism and the inclination or predisposition of one’s will to hold such positions. For all of us, remember, these three claims are so hotly contested because of what is truly implied IF they are all true, namely, that IF THEY ARE TRUE we simply cannot undertake any sincere intellectual journey without ending up as a Catholic Gentleman.

3 thoughts on “A Man’s Intellectual Journey to Catholicism”